Our Crest shows 5 peaks of mountains inflamed with the motto:

​The flaming mountains are perhaps connected with the practice of setting fires on high hills as signals or beacons. 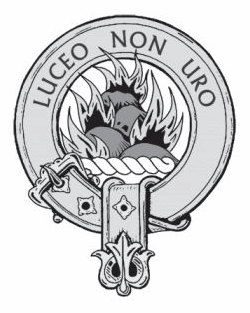 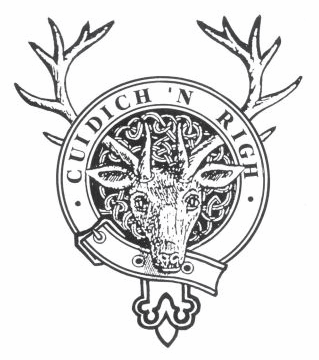 The legendary origin of this crest goes back to the 13th century. Kenneth of Kintail was in a royal hunting party. When a wounded stag charged the King, Kenneth shouted "Cuiddiche an Righ" (Save the King) and shot the stag. As a result, the King awarded Kenneth the stag's head as his crest.

A perhaps more historically accurate version is that the stag's head represented the tribute that Kenneth paid to the King each year. Whichever, the chief of the clan is known in Gaelic as "Caberfeigh" or deer's antlers.

The stag's head or the flaming mountains, by themselves, is the Chief's crest. The belt around it indicates loyalty to the chief and this form may be worn by clan members.

A second Crest usually associated with the Clan is that of the Mackenzie of Seaforth.

It shows a Stag's Antlers with the motto:
"CUIDICH' N' RIGH"
(Save the King)